Spanish lightness blurs the boundaries between inside and outside

Koelnmesse is the world trading centre for the regional economy on Cologne's soil: The Cologne Spring Fair in 1924 was a first step towards realizing this dream of Konrad Adenauer. In the course of nine decades, with the economic miracle and globalization, with dedicated employees and new trade fairs in Cologne and on the world's booming markets, his vision has become reality. Koelnmesse networks new markets worldwide in Europe, Asia and South America. Not only does it network new markets, it also mediates between exhibitors and stand builders by assigning the stands of individual exhibitors to specially selected stand construction partners. In addition, Koelnmesse stages the communication at each event anew, always in accordance with the needs of the industries, as well as in an innovative manner to meet the wishes of the exhibitors and visitors.

More information about our customer Koelnmesse GmbH can be found on his official website: https://www.koelnmesse.com/

Requirements for the exhibition stand

Koelnmesse was looking for a partner who could implement the ambitious concept of the young Spanish design agency MUT-Design. The focus was on the constructive implementation of the design ideas based on plans, as well as direct consultation with the designers.
At the same time, the constructional project coordination and supervision, technical advice, as well as coordination of external trades were to be taken over. 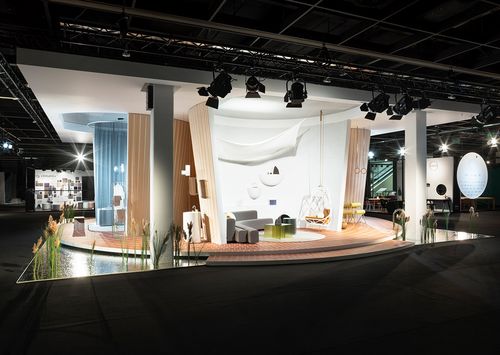 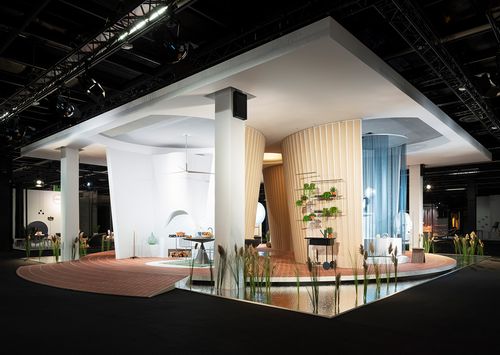 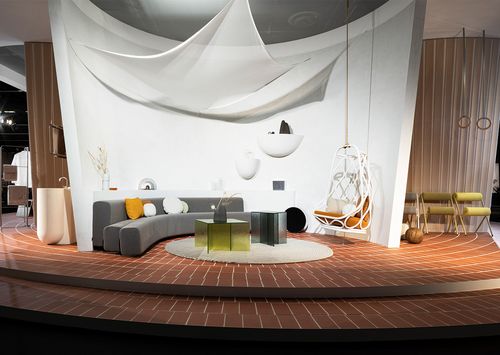 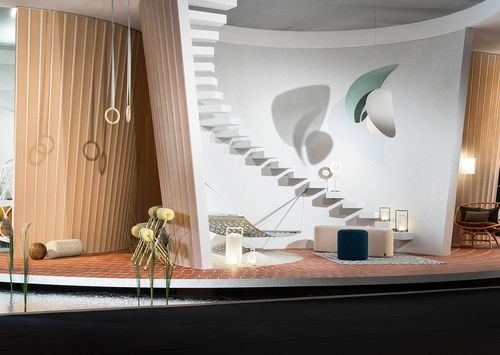 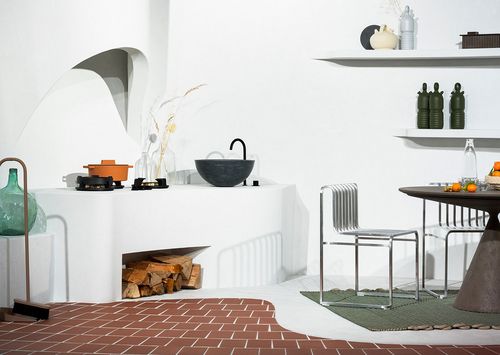 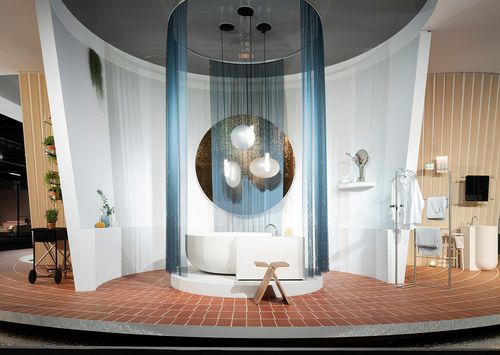 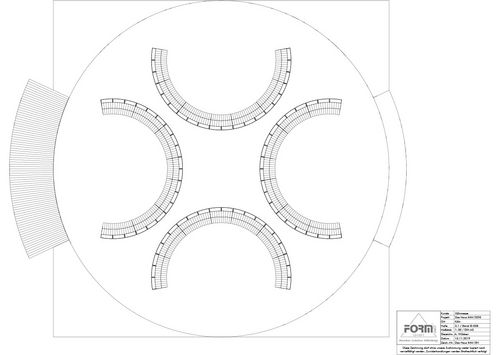 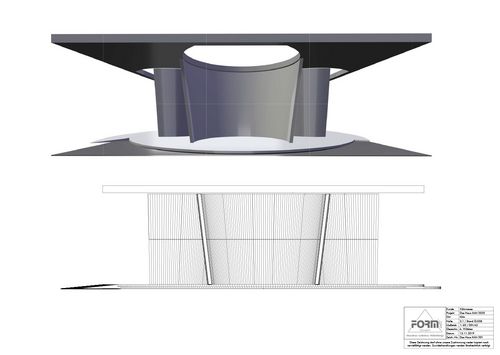 After a first meeting the division of tasks was already clear. MUT-Design delivers revolutionary ideas, we create the solutions. The design focused on the architectural effect of the house. Inspired by Spanish fincas, the elements and their interaction should be reflected. Water was imitated with the help of a special laminate, an artificial boulder was placed in the center, the Spanish sun was brought into the interior and the transition from outside to inside became blurred. We were able to realize ideas that had never been realized before, such as an optically closed ceiling or round, upward expanding walls. Even the laying of the specially imported tiles from Spain on the floor and walls posed no problems. And last minute wishes, such as sand drifts under the hammock or the millimetre-exact alignment of the hanging chair were also a matter of course for us. So we only left the stand when the last wish was fulfilled.

That’s what we did

Because you should not leave your trade fair appearance to chance!

You want more attention, more visitors, more turnover? Then we are the right booth builder for you! With us you get:

We are your partner for many trade fairs

We are on site for you